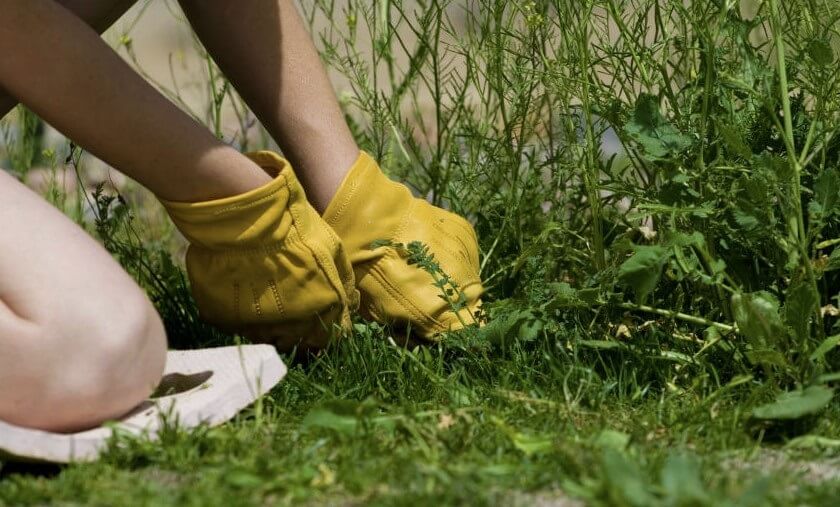 Weeds pose a major problem for any yard or garden, however small. You need to get rid of them before they suck away all the nutrients meant for your crops from the soil. No matter what you do, they will always spring back, somehow.

There are several ways of dealing with weeds. The most common are pulling and cutting or mowing. Deciding whether to pull or mow weeds from your garden can be an uphill task. Each method has its advantages and disadvantages, and it is essential to weigh these carefully before deciding which option to use.

Does pulling weeds get rid of them?

Weed pulling is a common activity that removes the plants entirely, including their roots. It involves identifying the weeds to be removed, loosening the soil around them, and then pulling them out by the roots. Various tools for pulling weeds can be used to make the work easier.

By pulling the whole plant out, you are assured that it will not regrow in the same spot. You are also sure that the rest of your crops do not get damaged in the process.

What does cutting weeds entail?

The most effective way to remove weeds from a large area is not pulling them out but cutting them. Gardeners often do this during the dry weather. To kill weeds, cut the tops off using a hoe. As long as the plants do not get any water, they will eventually dry out.

READ ALSO:  How long does it take Roundup to kill weeds?

Most weeds are annual or perennial. They always die whenever the stem is separated from the root. If they sprout new tops, cut them off again and allow the roots to starve to death. For young weeds, you can leave them in the garden to act as mulch after cutting them.

Cutting weeds with a lawnmower may not work for intrusive weeds such as bamboo. For these plants, an alternative method such as pulling them as soon as they sprout works best.

As a gardener, the decision to pull weeds or mow them squarely depends on the factors surrounding your garden.

Pulling weeds is only practical for weeds that have not spread over a large area. The method is quite tiresome and time-consuming when weed growth is high. It is also not recommended for large weeds growing close to the good plants. If their roots are tangled, you may damage your plants.

When it comes to a large area, it would be simpler to cut the weeds using a hoe, mower, or electric weed eater. The only downside for this method is that the weeds might sprout again since the roots always remain underground. You can avoid this using a weed suppressant such as an inch of mulch. Cut down the weeds, then spread the mulch on top to prevent regrowth.

READ ALSO:  Should you apply crabgrass preventer before or after rain?

Is pulling weeds a waste of time?

Pulling weeds can only be a waste of time if the weeds are already out of control. For small gardens or yards, it is the most effective way of removing weeds before they develop seeds.

If you intend to eliminate weeds by pulling, the best time is when the soil is moist and damp.  The weeds will come out more easily. If you pull them when it is dry, you may snap them above the root, and the plant may grow back.

For weeds that feature deep roots, dig around the stem to loosen the soil before pulling them. Collect and dispose of the weeds. Finally, put them together in a compost pile for future use as manure.

Is it bad to pull weeds? Definitely not. Pulling weeds is a slower method of getting rid of them. However, it is the most effective for those weeds that can sprout from the roots again.

What is the easiest way to cut weeds?

Of course, the best way to remove weeds and prevent them from sprouting back is by cutting them by the roots. It is faster to cut medium and large weeds right below the soil line. A hoe, spade, trowel, or garden knife can be used to do this.

Use a small sharp hoe for weeds that are close to the good plants and a relatively large hoe or mower for those that are not too close. If you allow the weeds to reach maturity, you will need to keep cutting them until the end of the gardening season then dig them out.

It is always best to eliminate the weeds at the early stages. The secret is in understanding where they are likely to sprout and identifying the easiest way to kill them.