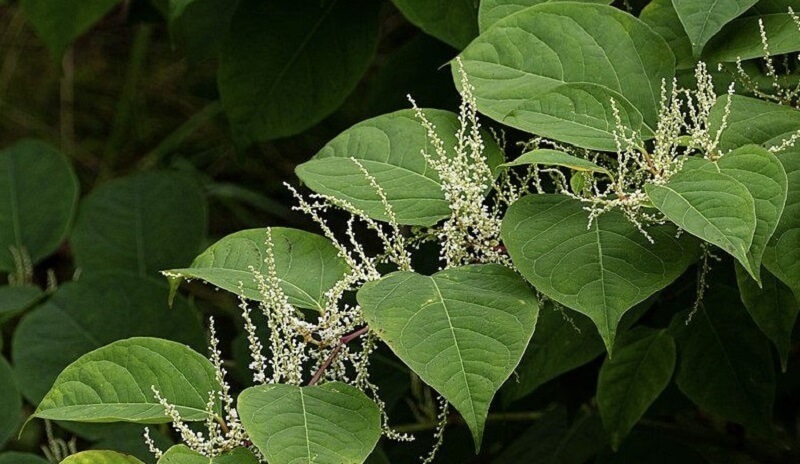 Japanese knotweed is a fast-growing and one of the world’s most invasive plants. It was once cultivated as an ornament plant and a stabilizer of banks around new lakes. Its infestation causes tremendous destruction on a property by bringing down the value and making the owners liable to criminal persecution.

Killing this superweed is a real nightmare because its roots can grow to a depth of 6 feet below the ground. The weed can always reshoot from any tiny root left behind, and you cannot permanently get rid of Japanese knotweed using topical methods such as herbicides.

Several organic methods have been effective in eliminating Japanese knotweed. Some are less effective, while others have always backfired owing to the notorious root system of the plant.

3 organic products that can get rid of Japanese knotweed

If you are not sure which organic products to use, here is a guide on the commonly used ones and their effectiveness:

Severally, lime or calcium carbonate has been used as a remedy for all types of weeds. The argument is that lime is incredibly alkaline, and adding it to the soil burns the weeds and stops them from growing.

Killing Japanese knotweed with lime damages the above-ground stems of the weed. The roots often remain intact, and an alternative remedy should be sought to prevent them from generating new shoots.

You may have heard that salt can be used as an organic herbicide, and there is some truth to this. Adding large amounts of salt to unwanted plants can dehydrate them, causing them to wither. However, certain weeds are impossible to eradicate using this organic method. For instance, killing Japanese knotweed with salt may never work because of the notorious nature of the plant.

Even if you uproot the knotweed and add salt to the soil, any small fragment of the weed’s rhizome that remains underground can survive for a long time and grow into a new plant as soon as the conditions become favorable. If you want to try out this method, use either rock salt or Epsom salt.

Many people have tried killing Japanese knotweed with vinegar. However, there is no concrete scientific evidence suggesting it as an effective remedy. Vinegar is highly acidic, thus capable of killing the shoots and stalk of the weed.

Besides destroying the shoot and stem, vinegar can also kill the roots if it is absorbed by the soil due to its low PH.

Using vinegar to kill the weed is better than household bleach which has also been in use for some time as a natural herbicide. Although it is a remedy that has been tried by several people, it does not yield the right results thereafter. It seems to cause more harm than good.

READ ALSO:  Should I spray weed killer before or after mowing the lawn?

What is the best approach to get rid of Japanese knotweed?

Applying different methods when eradicating the superweed minimizes the chances of regrowth. Due to the destructive nature of Japanese knotweed, people are always looking for innovative ways of removing it.

The desire to use organic products is quite understandable because they are readily available. That said, you also need to understand that these are only alternative treatments and may not be as effective as the use of chemical treatment.

Constant mowing can help you eventually get rid of knotweed in the grass. However, using the best organic methods can help speed up the elimination process.

How Long Does it Take to Kill Japanese Knotweed?

Again, this depends on the methods used and how effective they are. It can take between three seasons and five years to eliminate the weed. This is by using a combination of organic and chemical methods. The eradication can be immediate if excavation is employed.

Organic solutions are the most cost-effective, and using them over a sustained period can exhaust the plant. The only downside is that they do not remove the roots from the soil, yet leaving as small as 0.7g of the root system means that the knotweed will sprout back again.

READ ALSO:  Do organic weed killers work? Everything you should know

Japanese knotweed can survive harsh soil conditions and tends to thrive in both acidic and alkaline soils. Using organic products such as lime and vinegar means that you must be open to the possibility of burning the shoots and stem of the weed but not killing the root system.

From the Japanese knotweed success stories, there is enough evidence to suggest that organic methods only work to a considerable extent.