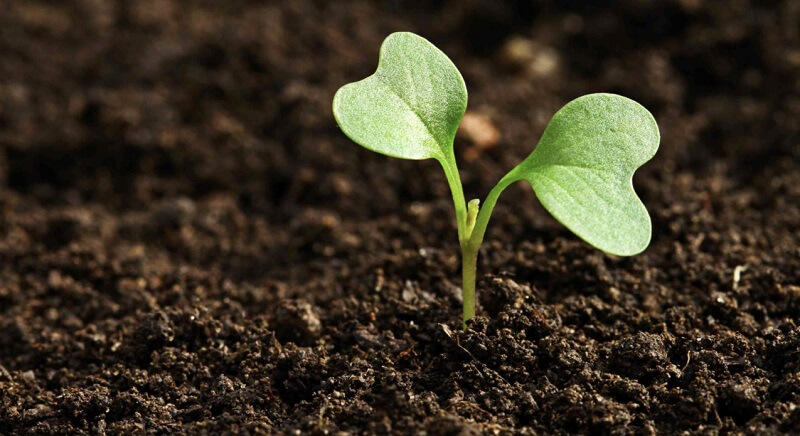 Soil harbors diseases, pests, and weed seeds. That means it is not a good idea to use the same garden soil to grow your crops season after season.

Continuous use leads to the build-up of fungal spores and destructive pathogens, which can contaminate your plants. If you prefer to reuse your soil over and over again during planting seasons without replenishing it, consider sterilizing it.

Sterilizing soil helps to destroy microbes with little alteration of the chemical and physical properties of the soil. Sterilization destroys microorganisms that are actively growing.

Traditionally, farmers sterilize soil by exposing it to high-pressure steam for at least 30 minutes. But many methods exist, including dry heat and ionizing radiation. You can also sterilize soil with hydrogen peroxide, boiling water, or treat it with specific chemicals.

Soil sterilization generates the right conditions for plants to grow and develop. Rather than killing nutrients, it helps to release nitrate to encourage the growth potential of crops.

When done right, sterilization can promote high-quality crops. It can also lessen the population of pathogens that are harmful to plants. Although sterilizing does not remove nutrients, the nutrients left will also depend on the method used.

I’m getting what looks like eggs on the soil underneath a tomato plant in a container. Anybody know what this might be? pic.twitter.com/1rx0uidQWD

Chemical sterilization may not be the best method for treating your soil. Its application and efficiency vary significantly because of the specific chemicals you will have to use, the soil condition, moisture content, and the prevailing temperatures.

In some cases, chemicals can create a contaminated and inhospitable growing environment for your seeds.

How do you sterilize large amounts of soil?

These are the best methods for sterilizing large amounts of garden soil.

1. Cover it with a plastic sheet

The use of plastic, better known as solarization, takes advantage of the intense power of the sun to eliminate weeds, insects, fungi, and bacteria. It involves covering the soil with polyethylene which traps solar energy. As the sun heightens, the soil temperature rises and kills pathogens, ultimately removing any contamination.

READ ALSO:  Cutting weeds vs. pulling: Which is better?

To sterilize the soil using plastic, you will need:

When using plastic, ensure it is clear and not black or white. Black and white plastic does not allow enough heat to penetrate the soil.

Also, use the treatment during the hottest part of the summer. It will take at least eight weeks for the garden to be ready to use if you are in a colder environment. But after the treatment, let the soil cool down before planting.

Boiling water helps to kill unwanted bacteria from the soil. However, its effectiveness will depend on how long the hot water remains in contact with the soil. Furthermore, hot water kills both good and bad bacteria. This method is useful for a potting mix.

Here is how to use boiling water to sterilize soil:

The hot water will sterilize the soil and kill any insects therein with their eggs. You will then have the right conditions for planting. If you have a large garden, you will need to boil several gallons of water and pour it over the soil. However, this can be labor-intensive and dangerous, especially if you don’t have specialized equipment.

You can sterilize soil with hydrogen peroxide to control pests. It offers a nontoxic option for treating your garden. The method is also useful as a foliar spray for controlling fungal diseases and insects. To get started, you will need:

If you want to apply the treatment to a larger area, consider purchasing hydrogen peroxide at a higher concentration. You will then have to dilute it with equal amounts of water. For better results, spray the soil at least once per week to control pests.

READ ALSO:  Does cornmeal kill weeds? Everything you need to know

The goal of using bleach is to remove harmful fungus and bacteria from the soil. But when applying it, avoid plants because it will create a contaminated and inhospitable growing environment. You will need:

When using bleach, you will have to give the soil time before you can plant. It should take you at least a month before the soil is ready.

Within that period, you will need to water it frequently to bring down the pH. Alternatively, dilute the bleach with water in a ratio of 1:1. Note that bleach is useful for smaller jobs.

You too can do a #mycorrhiza experiment at home! Did you know you can sterilize soil in your oven or microwave? If you have some seed you're set. Easy to follow instructions catered to a school-age crowd here: https://t.co/5l4dA4PnXM#QuarantineScience #homeschool

The purpose of using an oven is to apply heat to the soil and kill any living microorganisms that are harmful to plant growth. Here are the directions:

When baking the soil in an oven, ensure the temperatures do not go above 92C. Otherwise, it will start to produce toxins.

If you do not have an oven, you can use a microwave to sterilize the soil. Follow this procedure:

After heating the soil, allow it to cool and wait until it is ready to use. Alternatively:

READ ALSO:  How to get rid of pampas grass permanently

Next, close the ventilation hole on the bag and allow it to cool before using.

If you need to sterilize soil without baking, then steaming is one of the best ways to do it. With this method, you will need a pressure cooker to steam the soil. Here is how to do it:

Note that a pressure cooker isn’t the only way to steam soil. Besides, some publications advise that you need to steam soil twice in order to sterilize it.

You can use chemicals to sterilize large amounts of soil. But for this method to be effective, you need chemicals that will give off a gas that is toxic enough to get rid of pests, diseases, and weeds without harming the beneficial organisms in the soil.

The best chemicals to apply are Formaldehyde, Phenols, and Cresylic Acid. Chemical application on the soil to sterilize it will differ depending on the element used. In the case of Formaldehyde, here is what you can do:

If the temperatures are not high after applying formaldehyde, it will become polymerized.

You can sterilize large amounts of garden soil using different methods. An easy way of doing it is to cover the soil with clear plastic paper for a month. Another option is to use hydrogen peroxide or apply boiling water.

Alternatively, you can apply chemicals to the garden and kill unwanted microorganisms. Some useful chemicals to consider are Formaldehyde Phenols and Cresylic Acid. If you have potting soil, you can sterilize it through heating by baking in an oven or microwave or streaming.